This build introduces a few fixes.

This is the last update for Z-Uno version 1!

New features will appear only in Z-Uno 2. Please port your code to the new Z-Uno 2 if you want to base your development on Z-Uno.

This build introduces a few fixes.

This build introduces a lot of changes, new cool features and fixes.

Documentation on Z-Uno web site will be revised and updated to host new functions description.

This new software update for Z-Uno adds many new features and allow to make several new types of devices based on the same Z-Uno board. 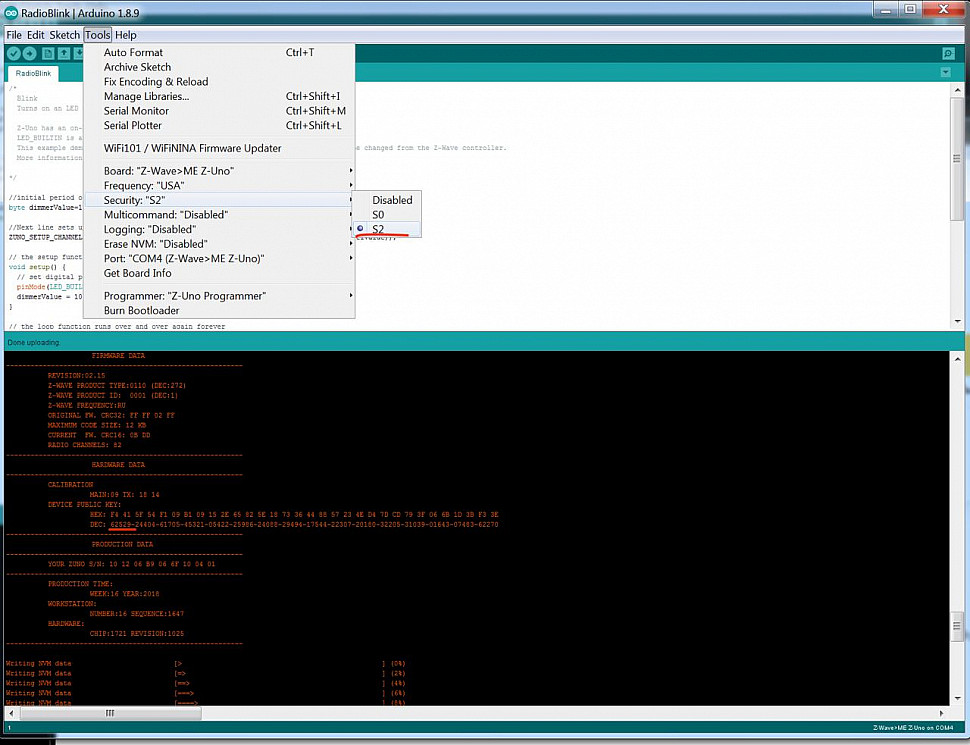 We have a new official distributor in Canada: National Sensors.

Z-Uno is also available on Amazon and Amazon UK.

This new software update for Z-Uno introduces many new features, allows you to use modern Arduino IDE 1.8.5 and prepares Z-Uno for the most secure IoT protocol - Z-Wave Security S2 - that will be release in the next 2.1.2.

And a lot of internal changes (see our forum for more details).

Our next ambitious goal is to release and certify an S2 capable Z-Uno!

To illustrate the power of Z-Uno we have made those new examples::

We are happy to announce a new Z-Uno release! This software update of Z-Uno is introducing many new features and fixes some bugs found in 2.0.9.

New example added (can be found in File→Examples→Z-Uno in Arduino IDE or on the site):

Z-Uno is now available in USA! Get yours from z-uno.us