We do our best to check Z-Uno against most populat Z-Wave controllers in order to help controller manufacturers to make templates for Z-Uno.

Z-Way fully supporte Z-Uno. Not only because both Z-Way/RaZberry and Z-Uno are made by the same team, but because both follows very well Z-Wave Plus protocol and relies only on Z-Wave specification and don't use any templates to now device features. Z-Way supports Security and Multi Command features (to save battery time). 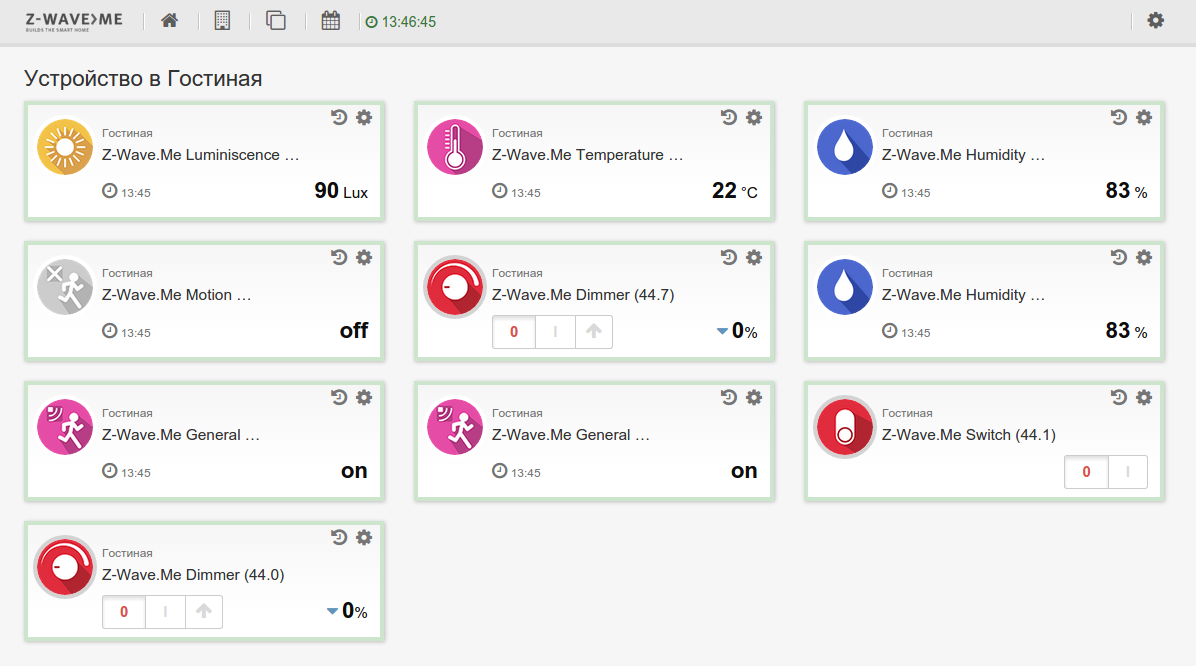 Fibaro Home Center from 4.070 fully supports Z-Uno with few exceptons. Security and Multi Command are not supported, some scales might not be supported. Sensor Binary channels in most cases requires parameter 12 to be set. If both Switch binary and Switch Multilevel are only present outside of channels some controllers (like Fibaro Home Center) will show only Switch Multilevel. To solve this use macro ZUNO_DISABLE(NO_MULTIBINARY_SWITCH0);

Examples of Fibaro Home Center 2 UI for Z-Uno with 10 channels: 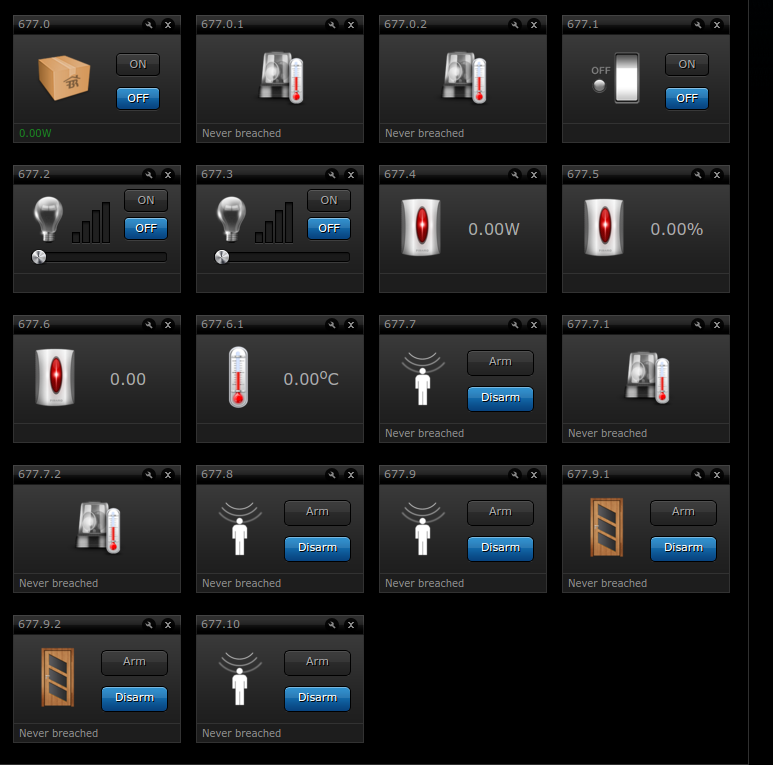 Vera supports switches, dimmers and sensors (but only most popular scales). Security and Multi Command are not supported. Parameter 12 might require to be set. When using multiple sensors make sure to replace Associations to controller (usually id #1) by Multi Channel Association to instance 0 of the controller (usually #1.0)

Examples of Vera UI for Z-Uno with 10 channels: 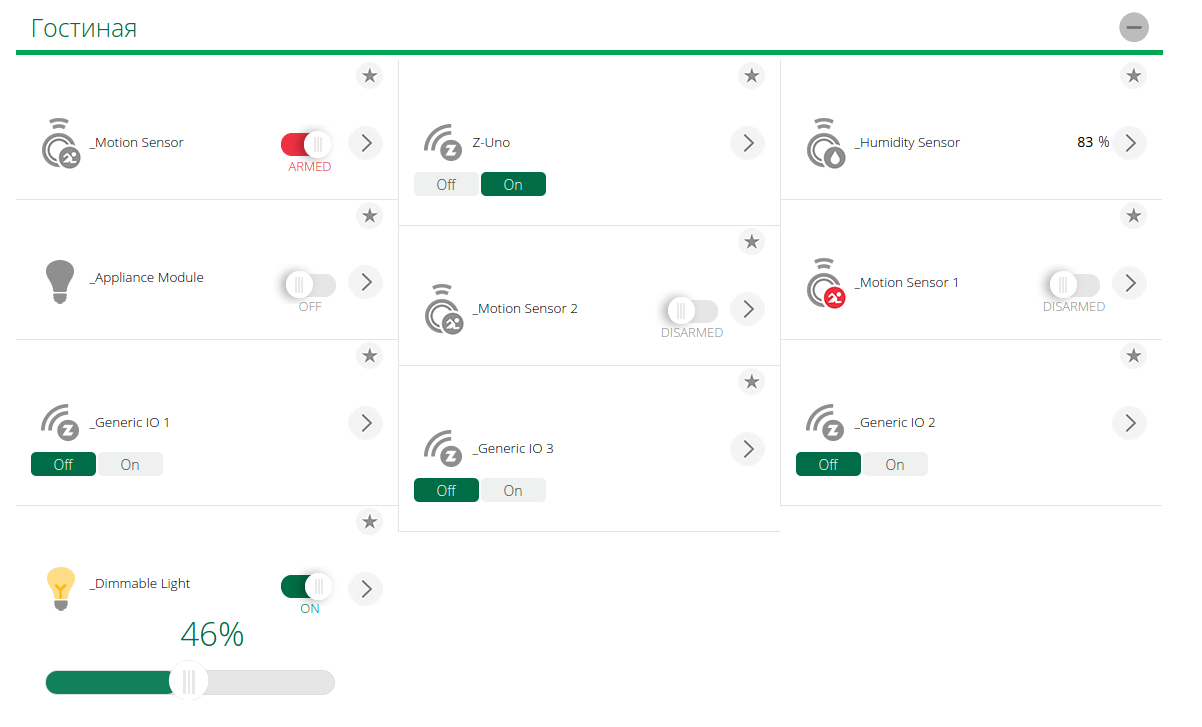 Short test with this controller shown full support. It was reported that values from Z-Uno sensors can not be used in rules,

Like in other OpenZWave based projects, Z-Uno is supported if the correct XML profile is used

HomeSeer team promises to have full support of Z-Uno with HomeSeer Z-Wave plugin starting from version 3.0.1.146

Full support once a proper profile is selected. In most cases profiles from other similiar devices will wrok. In some cases you need to make your own profile. Smart Things provides a very powerful tool to build your own profiles for devices.

Not tested. Help us!

Unfortunatelly OpenHAB requires a profile to be loaded for every device. Currently there are no profiles for Z-Uno.